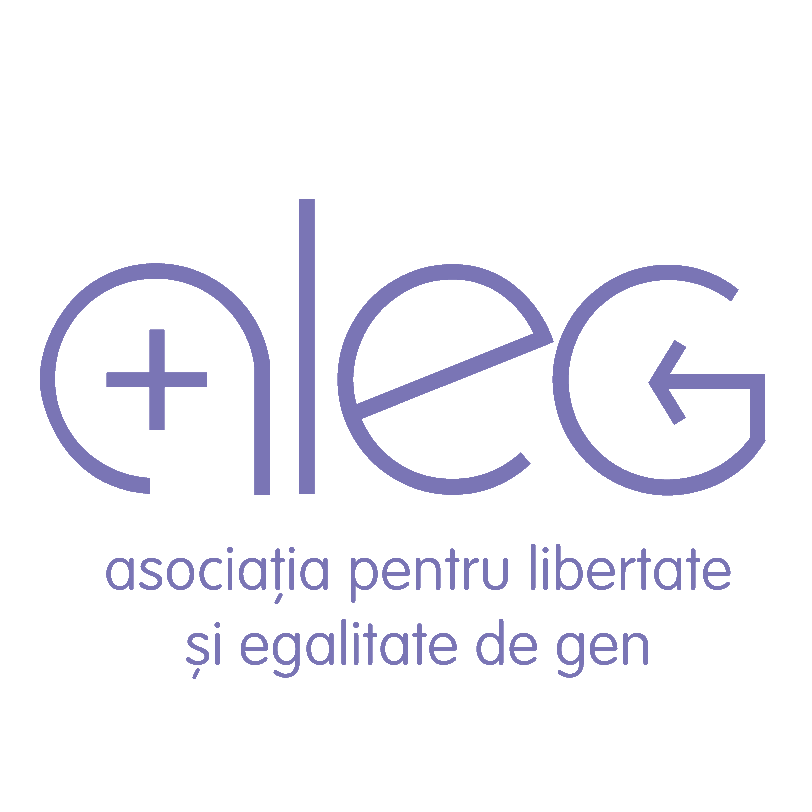 Equality starts with you!

Why a Gender Equality Festival?
Sibiu is known as a city of festivals. While most festivals have a cultural or commercial purpose, the Gender Equality Festival is the only educational festival, promoting social change. The main goal is to encourage new attitudes and behaviours, especially among young people; the activities are based on non-formal education methods and entrance to the events is free.

The Gender Equality Festival is an annual awareness-raising campaign organised by A.L.E.G. to draw attention to the fact that violence against women is favoured by prejudices and stereotypes. What would aliens say about the women on Earth if their opinion on women relied on magazines, advertisements or TV news? “Their life’s dream is to remove stains from shirts and socks. Most of them are under 35 years old and they cannot eat a bar of chocolate without undressing. There are a few scattered – mostly for decorative purposes – among the male suits in the parliament and government. After the age of 35 they become fat and live in a flat.” What about men? “Most of them are politicians, football players or criminals. The others are bald, big-bellied and do nothing all day long but drink beer and order women what to cook.”

Unfortunately, these recurring daily images eventually influence even us, mere mortals. Stereotypes cling on to us without realising it. We end up looking at the world through some dingy old lens that are not necessarily ours, but through which violence and discrimination seem normal to us. The Association for Liberty and Equality of Gender and its partners from the Coalition for Gender Equality project reach out to young people to give a lead towards equality and to change these perceptions by participating in the Gender Equality Festival and by showing that there are Women and Men who deviate from the pattern and interact as equals. 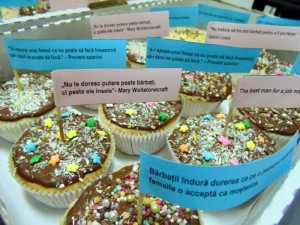 In order for the participants in the festival to be able to give a lead towards equality, A.L.E.G. volunteers have set out to help them with the Emancipated Muffins, sweet friends with sharp messages that show the world in a dual perspective, feminine and masculine, and help better identify inequalities: “One does not need to be anti-men in order to be pro-women”, “Telling a woman what she cannot do means telling her what she is allowed to do”. The muffins will be present throughout the festival and the people of Sibiu who try them are invited to make donations for A.L.E.G.’s Counselling Centre for the Victims of Violence.
Here are the innovative activities of this year’s festival:

How long has it been since you last read a book? What about an individual? In the Human Library you may find people acting as books that may be borrowed. Each human book tells a story that could help you see the world with different eyes. Those who want to confront their prejudices about convicts should borrow the book entitled The Story of a Repeat Offender – When Prison is the Punishment, embodied by Mihaela Săsărman from Transcena organisation, who has been working for more than 20 years in the prisons in Romania. If you think that all directors are fat, full of themselves and over 40 years old we recommend you the book by Adrian Tibu, the new director of the “Gong” Theatre for Children and Youth of Sibiu, A Train Station. If you think that victims of violence cannot be helped because they always go back to their abusive partner, borrow The Story of a Survivor – by Eleonora Pokola. There are over 12 books waiting to be read in an informal conversation of approximately 20 minutes. Between books you can enjoy screenings by Camelia Popa, director, also a living book in our library.

Invisible theatre (Bicicleta French Pub, 20 September, at 19.00)
With the support of Tursib S.A. and Mojo By Our Coffee Shop, A.L.E.G. has been recording with a hidden camera since August the reactions of citizens of Sibiu to violent situations played by professional actors, perceived as real-life situations by the audience. The invisible theatre is a form of social theatre in which the audience is not warned in advance that a play is about to start and is not aware of this before the end of the play. Two harassment situations (a girl approached and aggressively addressed by a man and a boy harassed by two girls) have been filmed in Tursib buses. At Mojo a situation of spousal violence has been staged. The people of Sibiu have had very different reactions, from ignorance to involvement in support of the victim. We invite the audience to watch the video recordings together and to discuss them. This activity aims at showing that violence is a public matter that concerns us all.

Films (Habitus Library, 19 September, at 11, 21 September, at 18.00)
Corpul meu îmi aparţine! (I am the master of my body!) is a premiere film, produced by A.L.E.G. under the “I am the master of my body – sexual violence among young people, awareness-raising and counselling centre” project, funded by the EEA grants 2009 – 2014 under the Romanian NGO Fund. In the next 10 months the film will be the focus point of an educational caravan in the schools in Sibiu and Mureş, aiming at teaching teenagers to recognise abusive situations and to get out of such situations or to offer support to someone in need. The film was directed by Camelia Popa and filmed and edited by Ionuţ Vişan.
Happy Happy/Cumplit de fericită from the archives of the Transylvania Film Festival is about the dream of being a happy family and the difference between dream and reality. 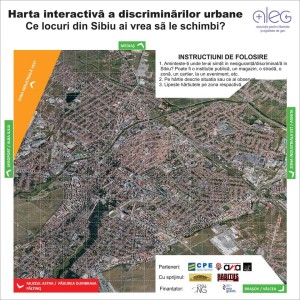 Our partners from the Coalition for Gender Equality, AnA organisation in Bucharest, ask the people in Sibiu a question: where in Sibiu have you felt discriminated against for being a woman or a man? Passers-by will be able to point out on a huge map of Sibiu the institutions or places where they have experienced discrimination and share their story on pieces of paper that will make up a legend of the map of urban discrimination. At the end, the picture of the map and its legend will be made public and sent to the City Hall and other competent institutions in order to solve some of the issued raised.